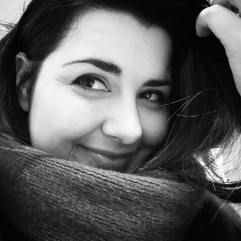 Jessica Cale was born for this.

Growing up in Minnesota, she devoured classics, history books, and romance novels until–at the age of fifteen–she got bored and started writing her own. It wasn’t only fiction that she decided to fix, but print media as a whole, writing and publishing an independent satirical magazine from 2001 – 2011 to give herself something to read. Writing, editing, and publishing was not a hobby, but a raison d’etre. With a singularity of purpose alarming in one of such a young age, she moved to Wales alone at eighteen for University.

Four years later, she had a B.A. (Hons) in Ancient and Medieval History, a MFA (Distinction) in Creative and Media Writing, and the first draft of what would become Tyburn. In her quest to fulfill her childhood dream of becoming April O’Neil, she completed an internship for BBC History Magazine and wrote for several publications including The Observer, Subtext, The Libertine, Carmarthen Life, Perfect Wedding, and Plugged In. By twenty-four, she was a music columnist for Feedback and the first editor and trainer for a fledgling news network based in Cardiff.

After returning to the United States, Jessica found her way to North Carolina and published her award-winning historical romance series, The Southwark Saga, starting with Tyburn in 2014. To date, she has published four full-length novels, three novellas, two anthologies, and hundreds of blog posts. She is the editor and primary writer for Dirty, Sexy History, an editor and cover designer for Corbeau Media, and her first non-fiction history book, Sexuality and its Impact on History: The British Stripped Bare will be published by Pen & Sword in March 2018.

In her free time (ha!), Jessica enjoys playing drums, rescuing cats, and geeking out over Game of Thrones. You can find her Facebook, read articles she shares on Twitter, and see pictures of her cats on Instagram.

She is a member of the Royal Historical Society, the Historical Novel Society, and Romance Writers of America.